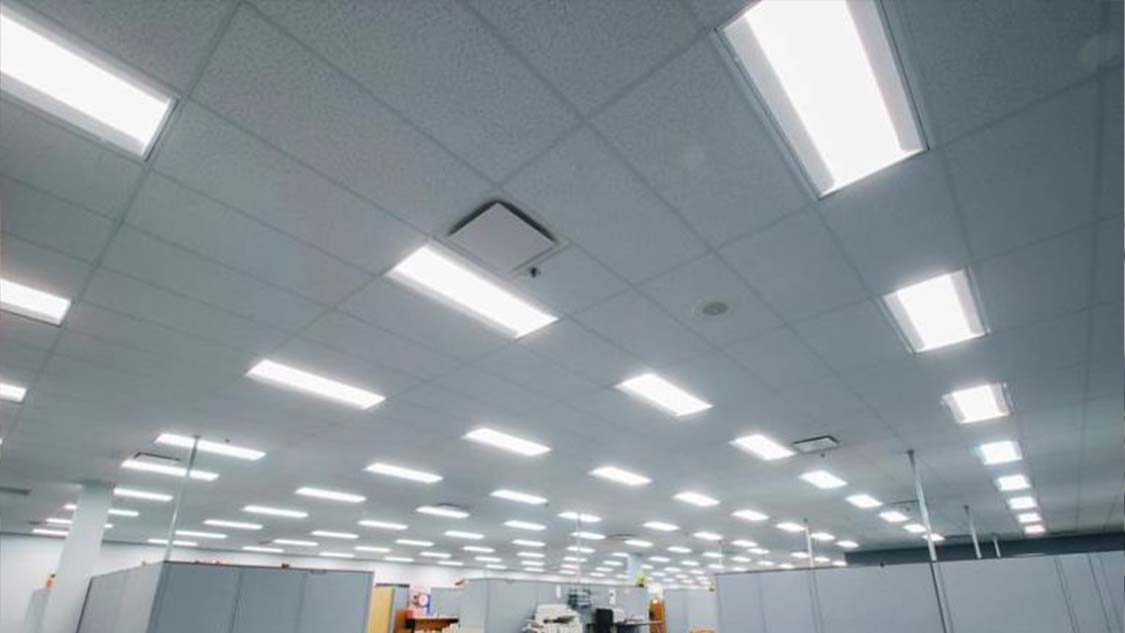 Providing affordable, safe, and fun novelty toys, carnival prizes, and party supplies has been a goal of the US Toy Company (“US Toy”) since its inception. Founded in 1953 as a toy rack distributor that packaged toys for supermarkets and drugstores, US Toy expanded as it acquired more customers. Today, the company sells through nationwide stores, print catalogs, and a website focused on its customers.

We’re able to reduce maintenance costs by not having to replace bulbs, and free up those staff to address other priority jobs in our facility. Plus the cost savings in replacement lamps let us move capital toward other key projects.

Faced with a fluorescent lighting system that was becoming increasingly expensive to maintain, US Toy sought a retrofit solution that would address the lighting challenges in their Grandview, Missouri headquarters:

US Toy turned to BioStar Lighting, a division of BioStar Renewables focused on energy efficient lighting, to identify a solution that would overcome these issues but also could be installed with minimal disruption to daily business operations.

To ensure that a new system would meet their performance needs, US Toy conducted a lighting test in their design room. This room, where they assemble company catalogs and other promotional material, features computer screens, web scanners and printers which required high quality light for the work conducted in the space.

BioStar Lighting recommended US Toy retrofit their facility with Orion LED Troffer Retrofit fixtures (LDR®) and motion controls. US Toy moved forward with the project due to the performance and unique installation features of the Orion LDR®, which allowed them to retrofit vs. replace their existing fixtures, making the project less expensive and providing a faster and cleaner installation.

The Orion LED LDR® Troffer Retrofit fixtures achieve more than 100 lumens per watt and are rated for a minimum of 125,000 operating hours. Since its introduction in 2014, the Orion LDR® suite has created a new standard not only for design, performance, and energy efficiency, but also a breakthrough in the ease of installation in troffer retrofit from fluorescent to LED, which reduces overall costs. The industry’s first patented LED Troffer Retrofit suite reduces cost on the job site because it ships fully assembled, is adjustable to fit existing troffers, and typically installs in one to two minutes with no tools other than a ladder, compared to more than 10-minute installs for many competitive fixtures.

(The project) also supports US Toy’s ongoing commitment to sustainability including retrofitting our factories with energy-efficient lighting, controls, solar, and increased use of recycled packaging.

BioStar Lighting upgraded the entire headquarters with 470 LDR® fixtures in one weekend with no disruption to productivity or scheduled office activities. The project started Friday evening and was completed before work began on Monday morning. The new LED fixtures provide cleaner and more even light, removing the flicker and yellowing that caused employee complaints.

The new Orion LED fixtures reduced the company’s energy consumption by 64% – from 108 watts/fixture to only 32 watts/fixture, almost 85,000 kWh. The LED upgrade significantly reduced the electrical bill and will help ease the burden of future electric rate increases.

“Because these LED fixtures are maintenance-free, we’re able to reduce maintenance costs by not having to replace bulbs, and free up those staff to address other priority jobs in our facility. Plus the cost savings in replacement lamps let us move capital toward other key projects,” said Seth Freiden, CEO of US Toy. “It also supports US Toy’s ongoing commitment to sustainability including retrofitting our factories with energy-efficient lighting, controls, solar, and increased use of recycled packaging.”